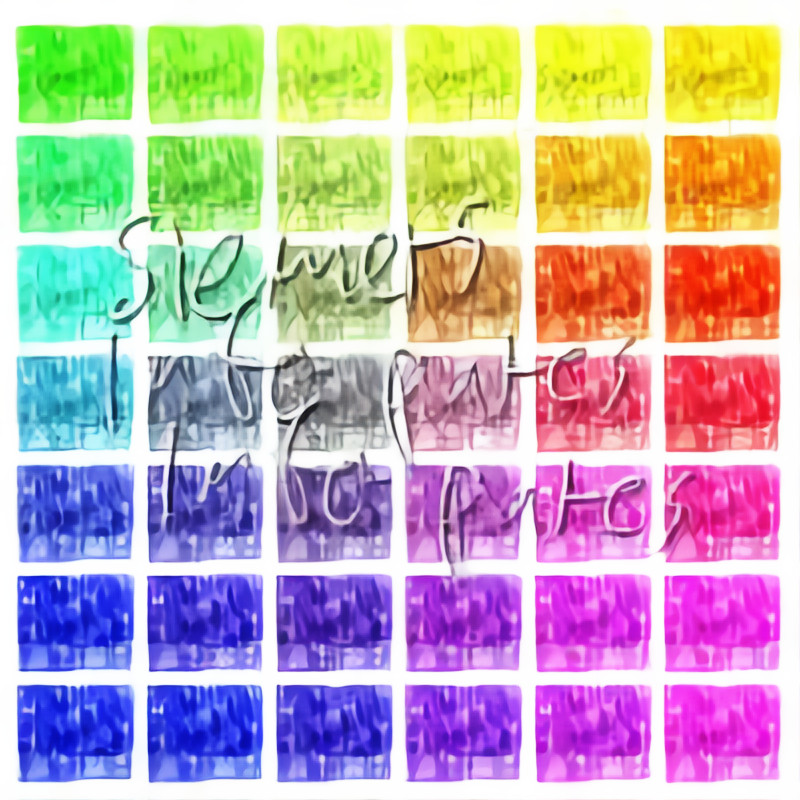 All artists of Retinascan on one release for the first time. Ralf Siemers once sent me this CD and I immediately liked his improvised plunderphonics style and the enourmous amount of ideas that stood behind this miniatures. It was a small step to begin and ask the people at this page to start something with one special, for each artist handpicked, track and most of them came round with something adequate in not too long time. What only can mean: Siemers boosts creativity… buy your copy of the original “Siemers Inter Pares” released on Push The Button Records in our shop or download some remixes for the tracklisting page or just buy the beautiful box with 20 page booklet.

Some of you might remember the “Siemers Inter Pares” CD that Rasmus Svensson released on Push::the::Button in 2002: 43 tracks back from the grave: Siemers alone with his PC and in association and confrontation with The Pinkees, Zimt, D:U:R, Herr Rommel, John Lennon and many more: 43 tracks created and/or treated between 1979 and 2002. You can still download the entire album (or even buy it) at Push::the::Button. It is released, as all my own works are, under the licence of copyleft: meaning every body may copy, change, edit or publish any sound for any purpose.

Embarrassed, ashamed, indepted: and of course way too idle: I decided not to just send out 43 mails to say thank you. So instead I compiled another 43 tracks and persuaded Burkhard to release them as a 3″ CD. All contributing artists will get a copy of “An Instant Party Inter Pares” for free. Among equals you may find the likes of Meri Von Kleinsmid, Carl Krüger, Die Mütter, Autofick, Sturclub, Xtine Burrough, Ralf Wehowsky, Autoklick, Forceps, Rasmus Again and many more. (By the time being: most of you should hold their copy in hands: if for any reason you were involved in “Sipip” and did not get your copy: please let me know.)

This record is just about everything from power electronics to nowave, from tunes that last 10 seconds to ambient that lasts 50, from musique concrete to electronica. A wonderful record. But there’s more wonders to come, dear friends: Mr. Kerlin of Retinascan was as fascinated as I was by this record, so he decided he had to do something about it. And what he did, dear friends, is just amazing: he asked 43 people to make 43 remixes and released them as a boxed set of three CD-Rs with the nicest design you could imagine.