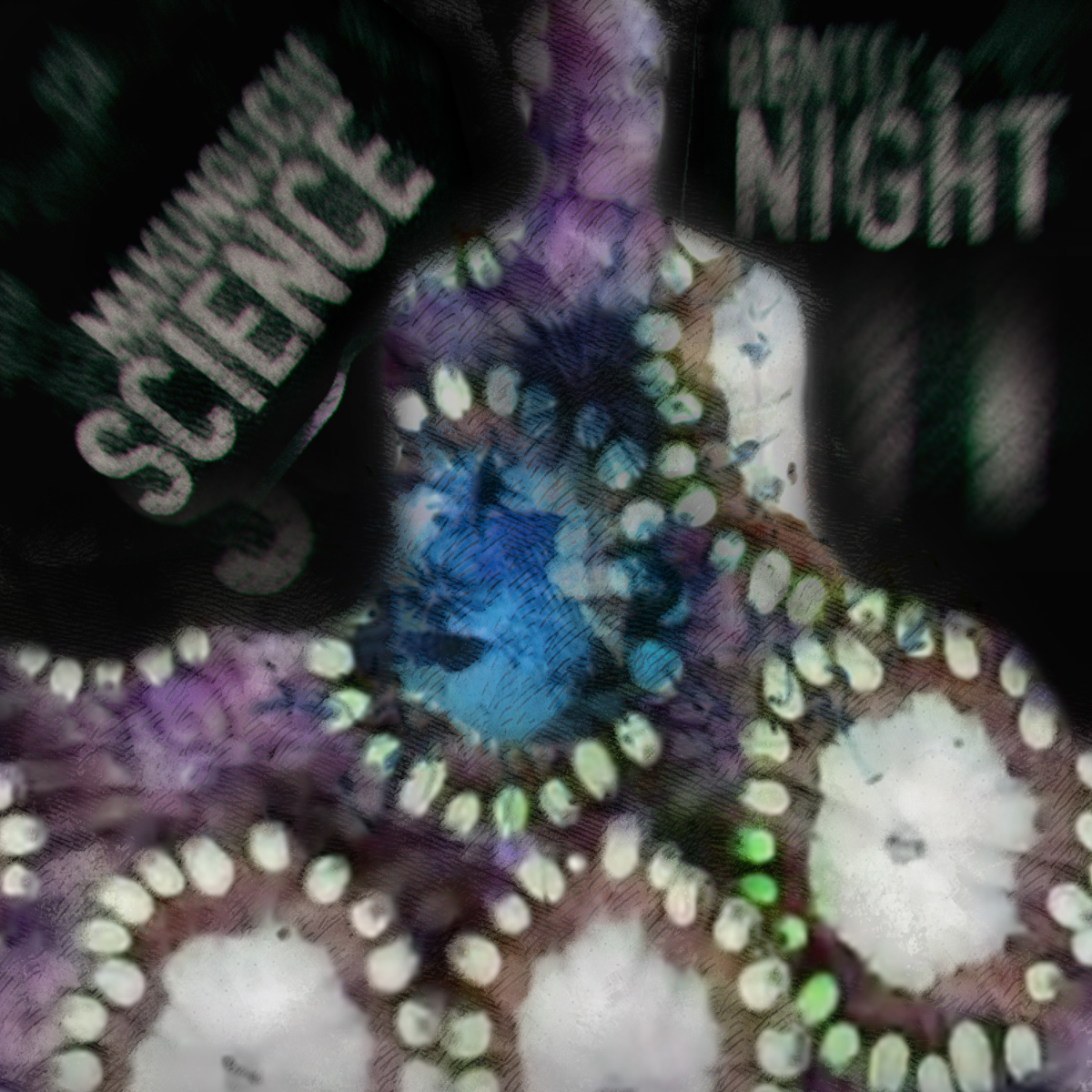 This is a low resolution promo mix for our VJ+DJ act “Science Night”. It was improvised/performed/recorded live, in one take.

We insist on highlighting this info so you should acknowledge that this act is not a “show”! – It’s a “space”. An audio and visual space where people relax and listen to ambient music, bond with others and look here and there into the visual experiments. Science Night is a tribute to the fascinating world of scientific documentaries of the ’50s, ’60s and ’70s, a period in history when science was taken with great interest and curiosity by everyone. The popularity of SciFi was rising and the future was the step that most people wanted to take wearing astro-boots.

Documentaries were also in great demand. They were creative, fascinating, more psychedelic than ever. It could keep you glued to the screen (big or small) for a long time, making the production of screws or the study of bacteria a whole “adventure of knowledge”, featuring hypnotic visions about the surrounding micro and macro universes, expanding the viewers senses. Science Night is not born out of nostalgia, but rather from the desire to re-awake curiosity towards scientific documentary as an art form as well as towards science in general.

The visual material (mixed, associated and combined on the spot) includes: old documentaries, scientific data, visual essays about science, art reproductions and simulations of phenomena, video tutorials of machines and apparatus, didactic films, etc. The artists use music and videos from their exhaustive private collections, gathered over the past 15 years and many songs of their own.

Technically, Science Night is an audiovisual project (DJ + VJ + feeling). Basically, the whole space of the event becomes an enchanting relaxing zone. We offer a trip without obscure substances or opiates (no other than those which our brains produce by themselves).

Science Night’s ultimate purposes: to remind us that there is a kind of film that triggered the imagination and curiosity of many generations (including those who have made this small tribute) and to celebrate the artists behind these

All mixed videos and songs are (C) to their respective artists.