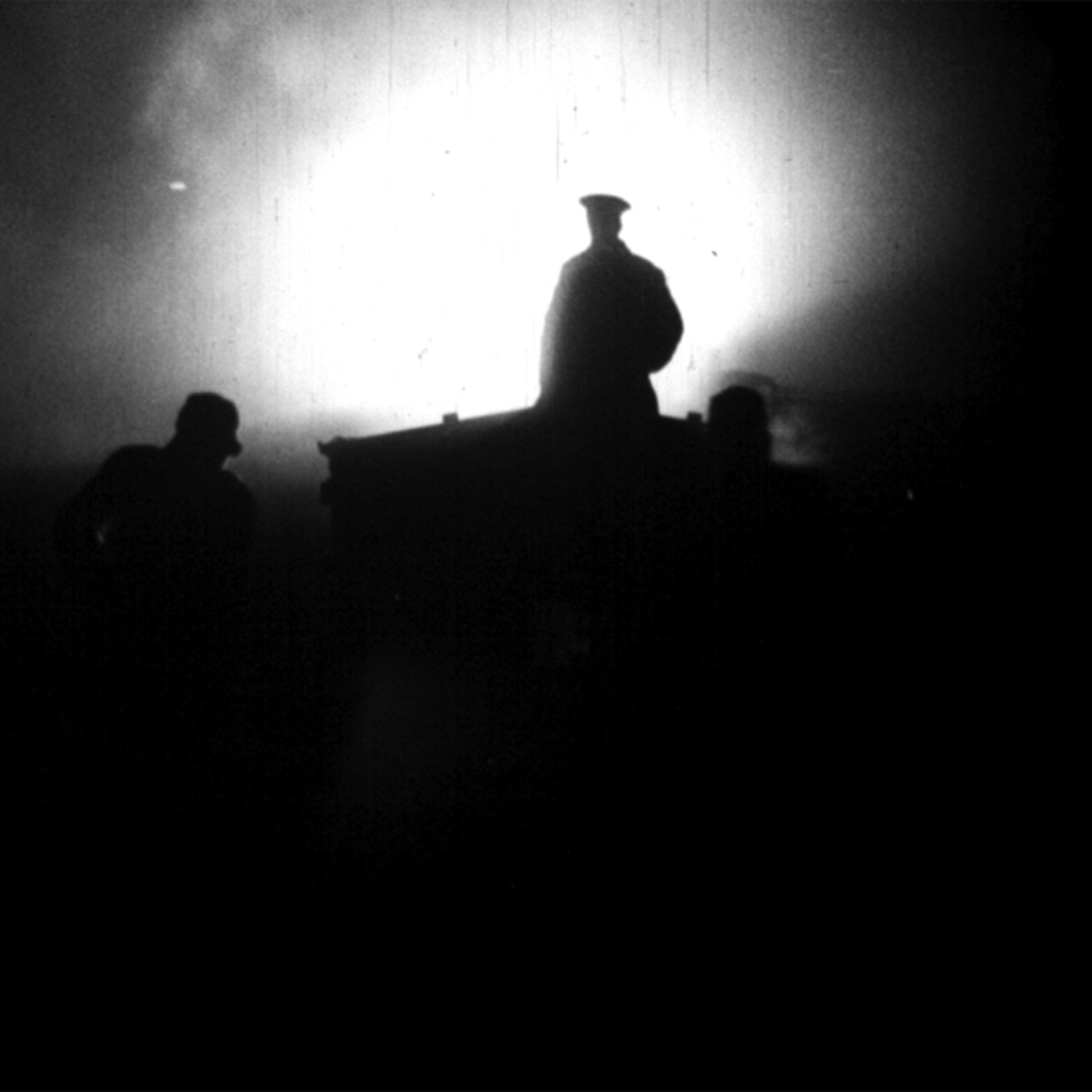 Day by day: News reels and documentaries (1897–1940) 10 May 1897 (Paul Menu, 1897) 10 May 1912 (Constantin Theodorescu, 1912) 1 May 1914 (Constantin Ivanovici, 1914) The Maglavit Marvel (Eftimie Vasilescu, 1935) A High Life Wedding at Domnița Bălașa Church (Nicolae Barbelian, 1913)* With the Ressels (Romanian National Film, 1916) Students from Nicolae Filipescu Highschool Dine at Coșna Restaurant (Coșna Restaurant, 1936)* New Year 1928 – Divine Service at the Romanian Patriarchy (“Cinecronica”, Iosif Bertok, 1928)* The Unveiling of the Commemorative Plate at Someșeni Airport (Laszlo Fekete, Istvan Miskowszky, 1935)* The Diamant Cyclist Race (Diamant Representation,1927) 8 June 1936 (Tudor Posmantir, 1936) The Quake (Paul Călinescu, 1940) The “Day by day” selection ventures to reconcile private vices and public virtues. What should have been a collection of parades and official visitations shifted its trajectory, albeit not entirely, as soon as the small domestic film “With the Ressels”, also known as “Family Scenes” (1916), was shown to us. Ressel’s folks, the founder of the Romanian National Film, and their charming banter convinced us that the grand affairs of the agora, in the vein of “The Maglavit Marvel”, are not the only ones worthy of pursuit, but more so the events prior to, following, and surrounding them. In “A High Life Wedding at Domnița Bălașa Church” (1912) one finds glimpses of such concerns, for at no point is the actual ceremony displayed, but rather, as in the bourgeois catchphrase of the workers leaving the factory, the attendants getting out of the church and into their cars. Where to? In 1936, “Students from Nicolae Filipescu Highschool Dine at Coșna Restaurant”. They had just walked the May 10 parade, the very same that Paul Menu shot in 1897 and Constantin Theodorescu in 1912. The boys are bid welcome by the restaurant owner; the promotional goals are made clear by the panoramic shots of waiters dressed up to the nines, to serve the uniforms of other upcoming May 10s. Our ludic montage has its solemn moments, herein the two films that were unaired in their day – Tudor Posmantir’s “June 8 1936”, followed by Paul Călinescu’s “The Quake”. Posmantir was shooting the Restoration Day rallies at a gallery in Cotroceni. Folk dancing started off what we know today as the Cotroceni Catastrophe, when the better part of the surrounding galleries collapsed under the weight of the audience; naturally, the operator’s camera went blind. We’re well aware that Călinescu’s documentary on the 1940 earthquake cannot replace what might have been Postmantir’s footage, but if as little as a shiver can be felt, well, the memory of the two tragedies earns a new instant. (Călin Boto) Short Sounds: Silent Romanian Documentary An audiovisual project aiming to revive the Romanian silent and soundless* film archive by presenting five thematic selections of documentaries made between 1897-1942 along with original compositions by significant contemporary sound artists and musicians in the field of experimental music in Romania. Eight short films included in the programs were digitized for the first time with the help of the National Film Archive. Film curator: Călin Boto Music: Makunouchi Bento, Sillyconductor, Micleușanu M., Simina Oprescu, Somnoroase Păsărele It is flattering to have history fall into your hands; still, however humbled, the pitiable will have the hardest time shaking off the apprehension of the imperfect choice – why one rather than two?, why two rather than three? We’d been muttering like this for weeks. Only to reach, ultimately, five clusters, four groups of shorts and a featurette, each with a thematic quirk and promises of its own; one way or another, we had to pledge a plentiful database to the musicians; rarities to the cinephiles; a pedestal to History; leeway to histories. I never stop marveling at the sheer number of ethereal layers of history that encompass the slightest moving instant. In its early years, the Romanian documentary film didn’t bet on extravagance; the lack of a stable industry, on the one hand, and of an avant-garde, on the other, pushed a great deal of nonfictional efforts to lend themselves to immediate utility – newsreels, commercials, utilitarian film, and others. Which doesn’t mean nothingness or platitude – not at all! We still have a ways to go before the native, pre-Socialist documentary is available to us. And what we do have is scant, around four or five hours; with this handful of films we salute our colleagues, the archivists, researchers, critics, all the restless folk dusting off the roll. (Călin Boto) Project coordinators: Elena Dobîndă & Emilian Mărgărit. Project assistant: Ionuț Tudor. Film curator & moderator: Călin Boto. Translation of curatorial texts: Cezar Popa. Film processing & subtitles: PRISMA FILM (translation by Daniel Sebin, synchronization by Daria Turbăceanu, technical coordination by Cosmin Tița). Media web application development: Studio Black & Field (Ioan Ovidiu Cernei). Visual identity: Bogdan Ceaușescu. PR: Elena Dobîndă. Photo: Petre Fall, Flavius Ungureanu. Technical support: Sorin Grigoreanu. Organizer: Image and Sound. Partners: Rezidența BRD Scena9 (Fundația9), Simultan NGO, MultipleXity, National Film Archive, PRISMA FILM. Media partners: Zeppelin Magazine, Telekom Electronic Beats, Films in Frame, Aarc – All About Romanian Cinema, FILM MENU, Revista ARTA, Propagarta. Cultural project co-funded by the Administration of the National Cultural Fund. The project is co-funded by the Bucharest Municipality through ARCUB within the „Bucharest – Open City 2021” Program. Image and Sound

The original soundtracks we wrote for the rescoring of 12 Romanian silent documentaries / newsreels from 1897 to 1940. This was part of the “Short Sounds: Silent Romanian Documentary” project coordinated by Elena Dobîndă and Emilian Mărgărit (Image and Sound), curated by Călin Boto, co-funded by the Administration of the National Cultural Fund. Watch the films here (hit play, and also make sure you click the “Enable Sound” button).